Equal Justice in the Age of Justin Bieber

Never in my wildest dreams (nightmares) did I ever think that I would blog on the topic of Justin Bieber.  Please bear with me and realize I don't do this as a Belieber, which I am told is what his fans are called.  I do it as a way to perhaps make the topic of equal justice and immigration advocacy more interesting, maybe even reach out to an audience that wouldn't normally read about immigration-related issues, and to highlight exactly how UN-equal our system can be.  Perhaps I can even move beyond that and show how unequal and in need of review our own views of immigrants are, and why.

Immigration Status
Bieber is not a United States citizen; he is not even a legal permanent resident.  He is a Canadian citizen, residing in the United States on an O visa.  That is a temporary, non-immigrant visa for aliens with "extraordinary abilities" in the sciences, education, business, or athletics, including some in the entertainment industry.

Consequences: deportation?
In case I have any 12-year-old girl followers on my blog, you can stop crying.  Not to get too technical, but the charges he is facing all appear to be non-deportable misdemeanor offenses that would not rise to the level of "crimes involving moral turpitude" that would start to cause concern for Bieber's legal defense team.  Of course, depending on what he is eventually convicted of and other factors like public relations, future conduct and travel outside the U.S., DHS (which handles such immigration matters through agencies like ICE and CBP)  could still play hardball and either kick him out or prevent him from returning if he leaves.  In fact...oh, sorry.  I don't mean to upset anyone with my wild speculation.  Let's just say he's probably going to continue to be around to sing and dance and throw eggs at the mansions next door.

The "Other" Type of Alien

Now let's strip away the celebrity coating and look at the facts of what Bieber did, applying them to other aliens, and see what we come up with.  Actually, I hardly think it's necessary for me to spend much time on this one.  Let's just say someone from another country, maybe Mexico, is living in the U.S.  Justino is mid-20s, only speaks his native language, works as a gardener.  OK, do you  have a picture of Justino in your head?  Admit it, you do.  Perhaps he makes the local papers (nothing national, of course) because he was also arrested.  Now this is important...keep that image of Justino in your head.  The article goes on to say he was arrested last night driving without a license, under the influence of both alcohol and marijuana.  He was with a group (gang?) of friends who were racing down a residential street, and these menacing hooligans even blocked off the street to prevent anyone from messing up their plans to tear up and down the block at twice the speed limit.  When police showed up, he cursed and yelled at them and resisted arrest. 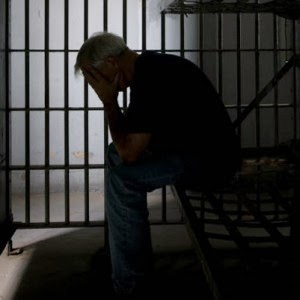 What is the reaction at the local diner when someone points out that news story?  Would the expectation be that Justino got a low bond and walked out of court, or would such a suggestion be met with disbelief and outrage?

Why are these  "other" aliens treated so differently by the justice system?  Why are they seen as so different by us?  To be upfront, some of these individuals have a stronger claim to residing in the U.S. than others from an immigration point of view.  In other words, some are legal permanent residents (more than  Bieber), some have visas (like Bieber), and some reside in the U.S. without documentation.  Of course, very little having to do with this topic is neat or black and white; some of that last group, the undocumented, include Dreamers and others who were brought as children, and have now been given some authorization to defer their deportation and even work in the U.S. legally.  But such is the messiness of trying to classify people.

Typical reaction to a Mexican farmhand or gardener arrested for a DUI (even without any of the aggravating factors mentioned earlier):  "What did he expect, he's a guest in our country"; "He got what he deserves, he should go back to his own country"; "How can someone who is here as a guest in our country break the law and expect to stay here?"  That, by the way, is a SIGNIFICANTLY tame sample of responses I have heard personally, let alone the outright racist comments you can dig up within seconds online, without even having to go into the dark recesses of internet fringes.

Typical reaction to the Bieber story can be summarized as follows: "Oh my God, you mean they would deport him?"  Perhaps more commonly expressed as: "omg, can u b-leeve they can deport him for that?!? like, really?   :(  :*(  "

So what am I saying here.... Bieber should be deported like anyone else would?  No.  (I mean no, I'm not saying that.  I may believe it, but I'm not saying it...).  I am merely pointing out that this provides us with an opportunity to think about immigration issues, and to examine why some of us, or we as a nation, seem to have such inconsistent views depending on whether we're staring at a picture of a young, rich white kid from Canada with whom we connect (or wish we could), or a more faceless day laborer from the southern border.  What defines each of those two people?  What should we try to learn about all the facets of their lives, including background, heritage, education, marital status, children, community involvement, time living in the U.S., etc. before making a judgment?  Perhaps this is an example of why it's easy to be judgmental when we're dealing with people we don't know, or people we know only in the context of seeing them when we drive by a farm picking something, or cleaning up a table, or mowing our lawn.  Maybe all this noise about Bieber is not really a commentary about our obsession with A-list celebrities; it's about the harm of not bothering to know about people and, as a result, dismissing them or falling back on stereotypes.

Forget about Justice... What Does This Say About US?

Recently, Pope Francis posed the question: How can it be that it is not a news item when an elderly homeless person dies of exposure, but it is news when the stock market loses two points? A probing question for our times.  Carrying along the theme, I have to wonder: how can it be that it is acceptable that a young Mexican man brought to this country as a baby and now with a baby of his own can be so easily detained and cast back to a country he doesn't know, but a privileged Canadian entertainer driving under the influence of alcohol and marijuana gets a bond and waves to his fans as he leaves court?  Or perhaps more to the point, how is it that so many people nod with approval and judgment when families are torn apart with no consideration for the suffering of the person they know nothing about,  but beat their breasts and wail at the mere suggestion that someone with so many twitter-followers could possibly have to go back to the harsh environment of..Toronto?

Why I Care About This Story

(It's not because I'm a Bieber Fan.  Really.  Please Believe Me.)

A benefit of blogging, as opposed to writing articles or even an Op-ed piece, is that I'm allowed to let my real thoughts creep in.  It's even expected, I think.  Those who know me well also know that I don't exactly wear my emotions on my sleeve, and my feelings do very little "creeping" anywhere.  But I'm going to end this by acknowledging that even if it didn't come through in this post, I am rather bitter.  It's mostly a vicarious bitterness, on behalf of my clients.  I hear about Bieber and his "antics" and can't help but think about "Juan", whose DUI was not considered an antic by ICE when they detained him, or by the Immigration Judge who was ready to deport him, even though Juan's offense did not involve marijuana, or cursing at police officers or resisting arrest.  I see this "kid" on tv walk out of court after paying a laughably low bond and jump on top of his SUV and wave to his fans as he is driven home and I can't help but think of Ana.  Ana fled physical and sexual abuse in Guatemala and traveled by herself at the age of 19 through Central America and Mexico to reach the border and plead for asylum in the U.S. and was promptly detained and put in an inhumane detention facility and told she had to remain detained for months because of the ludicrous claim that she was a "risk of flight".  I turn on CNN yesterday and see the powerteam of lawyers at a DUI arraignment in downtown Miami and can't help but think of my appearance two days ago in immigration court at a remote detention facility where I sat with my client among a sea of poor, unrepresented, often illiterate sometimes traumatized aliens who have no right to a lawyer, who on previous occasions have tried to whisper to me or use hand signals to get me to take notes they've scribbled on little pieces of paper with phone numbers or pleas for help.

So getting back to the question of whether I think they should deport Bieber... I really don't care what they do.  He's going to be fine one way or the other.  I can't say the same for so many other people I see, the people that others don't see, or don't want to see.